The L-1 regression routine, L1LinearRegression, originally mentioned in the Oct-23-2007 posting, L-1 Linear Regression, has been updated. The old version produced correct results, but the new one is more efficient.

Thanks to reader Andreas Steimer for contacting me about this routine.
Posted by Will Dwinnell at 10:36 No comments:

I'd like to alert readers to Rexer Analytics' 2009 Data Miner Survey. I urge you to participate by visiting the on-line survey at:


Your entry is confidential and will help all of us better understand what is happening in the field of data mining.

This is just a short note to let everyone know that I have been working (finally) to restore the broken links on this Web log. I believe that the source code links have all now been fixed.

This log has passed the 100,000 unique visitor mark without fanfare because I was too busy at the time to notice. I am thankful for those who continue to write in response to this Web log, and am glad to learn how many people this helps. The pace of posting has picked up, and I expect this to continue this year.
Posted by Will Dwinnell at 21:18 2 comments: 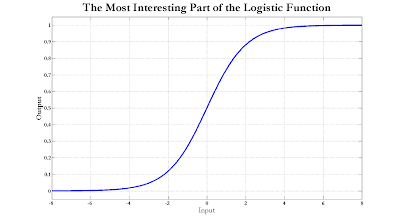 MATLAB is on the move. Release 2009a brings a number of changes. The function of the random number generators had already begun to change in the base product as of the last release, if you hadn't noticed, and several functions (min, max, sum and prod, as well as several of the FFT functions) are now multi-threaded. This release also witnesses several changes to the analytical toolboxes. Among others...


In the Statistics Toolbox...

A Naïve Bayes modeling tool has been added. This is a completely different way of modeling than the other technique in the Statistics Toolbox. Obviously, the more diverse to set of modeling tools, the better.

Data table joining has been enhanced several ways, including the ability to use multiple keys and different types of joins (inner, outer, etc.).

A number of changes to the tree induction facility (classregtree), including a fix to the quirky splitmin parameter. Now the programmer can specify the minimum number of cases per leaf node, which seems like a better way to control decision tree growth.

There are also new options for model ensembles and performance curve summaries.

In the Curve Fitting Toolbox...

Yipee! There are now functions for surface fitting (functions fit to 2 inputs, instead of just 1). Both interactive and programmatic fitting is available.


In the Parallel Computing Toolbox...

The maximum number of local workers has been increased from 4 to 8.
Posted by Will Dwinnell at 07:53 3 comments:

Introduction to the Percentile Bootstrap

This article introduces the percentile bootstrap, the simplest of the bootstrap methods. The bootstrap family of techniques are used to establish confidence intervals and calculate hypothesis tests for statistical measures.

One is often required to summarize a set of data, such as the following:


The most commonly used summary is the mean, in MATLAB calculated thus:

Summaries, however, discard a great deal of information. In any situation, it is helpful to know the quality of our summary. In the case above, we may wonder how far our sample mean is likely to be the true population mean (the mean of all numbers drawn from the theoretical statistical population). Our sample mean, after all, was calculated from only 10 observations.


Complications of the Problem Statement

So far, so good: We may have had to look up the standard error formula in a book, but we have established some sort of parameters as to the certainty of our summary. What if we didn't have such a reference, though? The median for example, has no such simple formula to establish its certainty. (Actually, I believe there is a formula for the median, but that it is a real bear!) Anyway, there certainly are other measures which we may calculate (even ones which we invent on the spot), for which there are no handy standard error formulas. What to do?


An Alternative Solution: The Bootstrap

Just as we are about to throw up our hands and consider another career, the bootstrap appears. The basic method of the bootstrap is simple: Draw many samples with replacement from the original sample ("replicates"), and tabulate the summary statistic when calculated on each those replicate samples. The distribution of those replicated summaries is intended to mimic the distribution being parameterized by the standard error of the mean.

Above, I mentioned that the population mean would be found inside the band from the sample mean minus two times the standard error to the sample mean plus two times the standard error about 95% of the time. The equivalent area in our bootstrap process would be between the 2.5 and 97.5 percentiles of our replicate summaries. We use 2.5 and 97.5 because that leaves a total of 5% outside of the range, half on each end of the spectrum.

An example using the median will illustrate this process. For reference, let's calculate the sample median first:

Drawing a single sample with replacement can be done in MATLAB by indexing using random integers:

This is our first bootstrap replicate. Now, we calculate our summary on this replicate:

To discern the distribution, though, will require many more replicates. Since the computer is doing all of the work, I generally like to run at least 2000 replicates to give the bootstrap distribution a chance to take shape:

rand('twister',1242) % Seed the random number generator for repeatability
T = NaN(2000,1); % Allocate space for the replicated summaries
for i = 1:2000 % The machine's doing the work, so why not?
RandomSampleWithReplacement = X(ceil(length(X) * rand(length(X),1))); % Draw a sample with replacement
T(i) = median(RandomSampleWithReplacement); % Calculate the replicated summary
end

(I apologize if the code is a bit cramped, but I have not been able to figure out how to insert tabs or indentation in this edit window.)

Now, estimating where the "real" median (the population median) is likely to be is a simple matter of checking percentiles in our replicated summaries. I have the Statistic Toolbox, so I will cheat by using a function from there:

So, our population median is likely to lie between 3.5 and 10. That is a pretty wide range, but this is the consequence of having so little data.

The fundamental trade-off of the bootstrap is that one forsakes pat statistical formulas in favor of strenuous computation. In summary:

-The bootstrap solves many problems not amenable to conventional methods.

-Even in cases where conventional solutions exist, the bootstrap requires no memory or selection of correct formulas for given situations.

Bad:
-The bootstrap requires considerable numerical computation. Of course, in an era of cheap and powerful computing machinery, this is much less of an issue. Still, if there are many of these to perform...

-The bootstrap presented in this article, the bootstrap percentile, is known to deviate from theoretically correct answers, though generally in a small way. There are more sophisticated bootstrap procedures which address some of these concerns, though.

This process, owing to its very general nature, can be applied to tasks much more complex than estimating the uncertainty of statistical summaries, such as hypothesis testing and predictive model performance evaluation.

An Introduction to the Bootstrap by Efron and Tibshirani (ISBN 0-412-04231-2)
This is the seminal work in this field. It covers a lot of ground, but is a bit mathematical.
Posted by Will Dwinnell at 20:57 4 comments: